Pentti Linkola was born December 7, 1932 in Helsinki, Finland. At college he became a naturalist, writing his first book at age 23. However, it wasn’t until fifteen years later that he became an ecological activist of the most serious kind: those who believe humans must set aside individual desires in order to preserve nature. 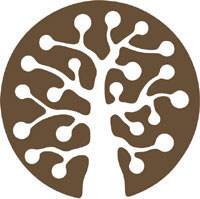 In 1995, Pentti Linkola founded the Finnish Nature Heritage Foundation, a non-profit designed to conserve and preserve the remaining old-growth forests in Finland. Relying upon donations from corporations and private individuals, the Foundation buys forest areas that are unique enough to deserve protection. By maintaining private ownership of these forests in addition to protection under Finnish law, the Foundation keeps these areas safe from destruction in perpetuity.

A retired naturalist now, Linkola earns a living by fishing from a rowboat and selling his fish to local people from a horse-drawn cart. He avoids modern technology as much as possible and is well-known only in Finland. Throughout most of the industrialized West, his ideas are considered “fascist” and made taboo, thus there are very few examples of his work available outside Finland. 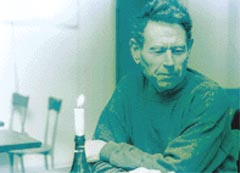 Pentti Linkola writes about the apocalyptic climactic changes that will soon effect us here in humanityland, but he doesn’t take the easy way out that most authors do. Instead, he chooses to be brutally honest and suggests that we’ve already missed our chance to curb our damage of the world, so what we must do is to begin the elimination of human and technological excesses now.

“What to do, when a ship carrying a hundred passengers suddenly capsizes and there is only one lifeboat? When the lifeboat is full, those who hate life will try to load it with more people and sink the lot. Those who love and respect life will take the ship’s axe and sever the extra hands that cling to the sides.”

“The composition of the Greens seems to be the same as that of the population in general — mainly pieces of drifting wood, people who never think.”

“A minority can never have any other effective means to influence the course of matters but through the use of violence.”

“The most central and irrational faith among people is the faith in technology and economical growth. Its priests believe until their death that material prosperity bring enjoyment and happiness – even though all the proofs in history have shown that only lack and attempt cause a life worth living, that the material prosperity doesn’t bring anything else than despair. These priests believe in technology still when they choke in their gas masks.”

“That there are billions of people over 60kg weight on this planet is recklessness.”

“Alternative movements and groups are a welcome relief and a present for the society of economic growth.”

“We will have to…learn from the history of revolutionary movements — the national socialists, the Finnish Stalinists, from the many stages of the Russian revolution, from the methods of the Red Brigades — and forget our narcissistic selves.”

“Everything we have developed over the last 100 years should be destroyed.”

“A fundamental, devastating error is to set up a political system based on desire. Society and life are been organized on basis of what an individual wants, not on what is good for him or her…Just as only one out of 100,000 has the talent to be an engineer or an acrobat, only a few are those truly capable of managing the matters of a nation or mankind as a whole…In this time and this part of the World we are headlessly hanging on democracy and parliamentary system, even though these are the most mindless and desperate experiments of the mankind…In democratic coutries the destruction of nature and sum of ecological disasters has accumulated most…Our only hope lies in strong central government and uncompromizing control of the individual citizen.”

“If the present amount of Earths population is preserved and is reduced only by the means of birth control, then:

Linkola is one of the few voices who advocates:

In the eyes of the most credible sources, planet Earth can sustain a half-billion humans without any sizable destruction of our habitat, or any loss in species or stability of our ecosystem. Any numbers higher than that, no matter how much they recycle, will cause environmental chaos. The modern leftist-tinged environmental movement is terrified of telling anyone that they cannot breed and keep buying whatever strikes their fancy, but someone must do this in the future. The sooner we do it, the fewer people in the future will be left without a means of sustenance and thus require termination.

As Linkola himself has said, “We still have a chance to be cruel. But if we are not cruel today, all is lost.”

Writing since 1955, Linkola has produced his most influential work since 1971. We link to printed and online texts and a complete bibliography.