Eustace Conway is a unique naturalist. He celebrates the freedom of individuality in all aspects of life. He is a spokesperson for the Earth, giving voice to the natural environment he loves. The renowned wildlife artist, Sallie Middleton, told him on his thirtieth birthday, “You are the most interesting man I have ever met.” Perhaps this is because Eustace has lived the life he has imagined…followed his dreams. Like Thoreau, Eustace has gone to the woods to live deliberately, fronting only the essential facts of life, to see if he could not learn what it had to teach, and not when he came to die discover that he had not lived. He has lived in the woods for over 35 years. He learns by visiting extremes; once when Eustace severely cut his thumb, he sewed it back together with twelve stitches, and used plant medicine.

Dr. Harvard Ayers, Appalachian State University Anthropology Professor, summed up Eustace’s many endeavors by saying, “Eustace is an articulate student of life.” Eustace is an A. S. U. graduate honored as “Most Outstanding Anthropology Senior.” He holds a degree in English as well as anthropology. But Eustace’s favorite classroom is nature; he loves the rain; he loves the cold. He is quick to smile when quoting Steve McQueen: “I would rather wake up in the middle of nowhere than any city in the world.” 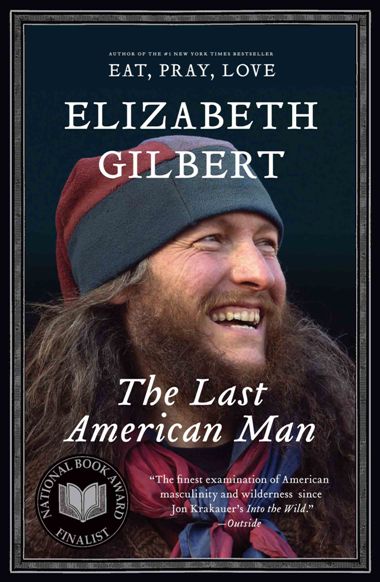 Eustace is a veteran of an active life following the motto of “just do it!” Eustace camped alone for a week in the mountains at age twelve, living off the land and loving it! At age seventeen, he moved outside to live in an Indian tipi, which was his only home for 17 winters. For years he wore only homemade buckskin clothes and made and gathered his implements. At age eighteen he canoed 1,000 miles on the Mississippi River. Then he walked across America on the Appalachian Trail, completing the 2,000 mile journey. He kayaked the entire southern coast of Alaska amongst icebergs and whales. He has backpacked over 5,000 miles of breathtaking wilderness trails in North America, Central America, Australia, New Zealand, and Europe…from sandy deserts to lush jungles. He has lived with many different Indian tribes celebrating their cultures with them. He has served as federal interpreter at Chaco Canyon National Park in New Mexico and as state naturalist at Crowders Mountain Park in North Carolina.

He loves his mountain heritage, the ideals of self-sufficiency and thoughts such as, “Use it up, wear it out, make it do or do without.” Collecting information for a book on the Appalachian Mountain culture, Eustace is as one would imagine, living it! He has built a complete historically accurate farmstead with 9 hand crafted log buildings using only materials harvested right there on site. He trained his own mules, horses, and bulls to pull logs, sleds, wagons and to plow the gardens. He set the world record for coast to coast horse travel from the Atlantic Ocean to Pacific Ocean in 103 days! He went 800 miles across the Carolinas in 21 days. He loves using horse power saying, “horses can have babies, cars can’t.”

Studying modern America, he has found his most interesting subjects: people in cultural and environmental crises, his own people. Eustace started teaching about environmental ethics long before it became an “in thing.” He said, “Americans have separated themselves from the natural world. During the past eighty years we have been ‘advancing’ so fast that we are as infants trying to run. We would be wise to slow down and learn more about primitive (first) values. Today more than ever we need to understand and live by harmony and balance with nature, for truly, man separate from nature is a fantasy.”

Eustace Conway is a dreamer who puts foundations under his dreams, an activist who “gets things done!” He has a humble appreciation for everyone’s story and reality, celebrating the diversity of all people as we go through the human experience. “All things are related in the circle of life,” he says as he interprets our connection to nature. “The natural environment is at the heart of my teachings. I have gained great inspiration and direction from the examples of American Indian traditions and feel that even today humans can live in harmony and balance with nature. My way is to share skills and technologies, giving students ‘hands-on’ involvement with close-to-nature experiences. Through participating in these traditions, one soon comes to realize the role that man plays in the great connected web of life. In studying other cultures, we learn more about ourselves and our relationship to all things in this world.”

Eustace is a showman, an educator, an articulate communicator with keen attention to his audience. Eustace has “lifetimes” of personal stories that he draws from to teach and entertain his audiences, such as the time the blacksnake crawled onto him, remaining for twenty minutes on his back before it crawled off peacefully going its’ own way.

Born into a legacy of teaching, Eustace’s parents and grandparents were educators. Chief Johnson, his grandfather, founded Camp Sequoyah in 1924 and became one of the “fathers of American camping, a great American”. The Turtle Island program rests on the three generation foundation of the Sequoyah program, profound in its’ high impact and lasting results. It was at Sequoyah that Eustace’s mother grew up in a log house heated with a big stone fireplace. She learned much about nature, being reared surrounded by it. She earned her masters in Education before going on to teach. Dr. Eustace Conway, III, a chemical engineering professor is an outdoorsman. His passion for hiking gained him a reputation; he once hiked fifty miles of mountain trails in one day! When young Eustace was born, his father would take him along. Eustace remembers an almost too thrilling whitewater canoe trip at age four. Because his father stressed the educational qualities of all life experiences, Eustace naturally picked up the tendency to want to learn and teach.

In 1987, Eustace founded a lifelong dream–Turtle Island Preserve, an environmental education center and 1000 acre wildlife preserve near Boone, North Carolina, where he directs a unique visionary approach of getting people in touch with nature. Eustace ideally works towards peace on earth through a bottom-line program of understanding and respecting the people and environment that governs the quality of our lives. As an educator, he loves to uphold Emerson’s quote, “What you do speaks so loud, that I cannot hear what you say.”

Eustace will consider speaking to groups who would like to hear his message.