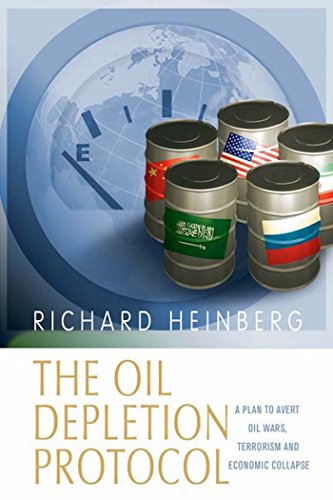 Since oil is the primary fuel of global industrial civilization, its imminent depletion is a problem that will have profound impact on every aspect of modern life. Without international agreement on how to manage the decline of this vital resource, the world faces unprecedented risk of conflict and collapse.

The Oil Depletion Protocol describes a unique accord whereby nations would voluntarily reduce their oil production and oil imports according to a consistent, sensible formula. This would enable the task of energy transition to be planned and supported over the long term, providing a context of stable energy prices and peaceful cooperation. The Protocol will be presented at international gatherings, initiating the process of country-by-country negotiation and adoption, and mobilizing public support. To this end, this book:

Timely and critically important, The Oil Depletion Protocol is a must-read for policy makers and for all who seek to avert a Peak Oil collapse.